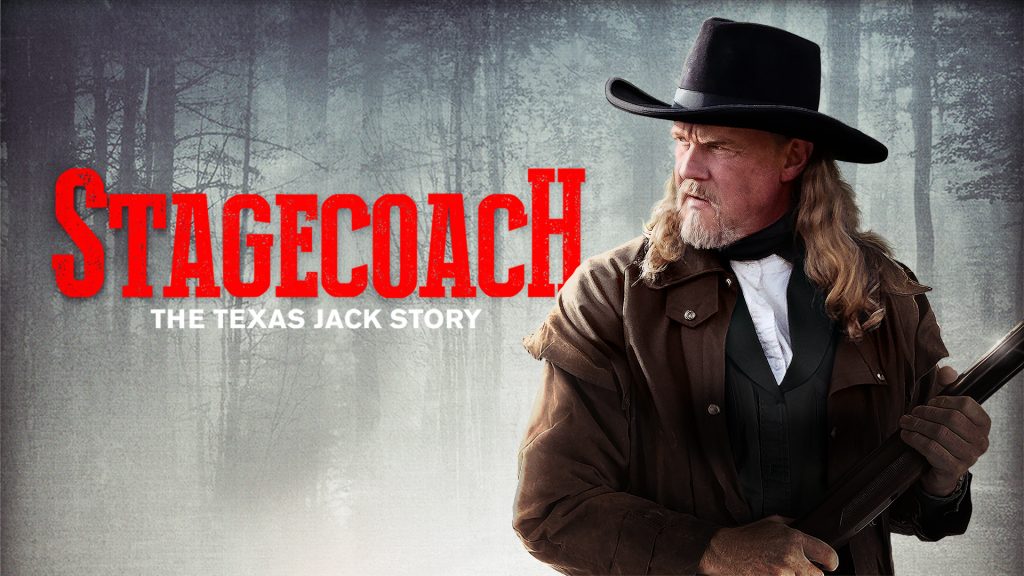 Synopsis: After retiring from his life as an outlaw, Nathaniel Reed (Trace Adkins) has settled down to a quaint family life with his wife Laura Lee. But Reed’s new, honest life is quickly interrupted when his old partner in crime Frank Bell shows up to inform Reed that US Marshal Woody Calhoun (Kim Coates) is out to kill them over an old grudge and he’s enlisted bounty hunter Bonnie Mudd to help. After a gun battle that supposedly kills Laura Lee, Reed flees to lead Bell and Sid Dalton (Judd Nelson) on a series of stagecoach robberies. As the men avoid Calhoun and become the most wanted outlaws in the West, Reed earns the nickname “Texas Jack.” Their careers as stagecoach robbers comes to an abrupt end when, Bell and Calhoun set a trap for Reed. Reed escapes, but not for long. Calhoun captures Laura Lee to draw Red out of hiding. In an intense shootout, Reed saves Laura Lee and Sid from Calhoun and clears his name. Based on a true story. Winner of Best Motion Picture at the Canadian Diversity Awards. (August 2016)