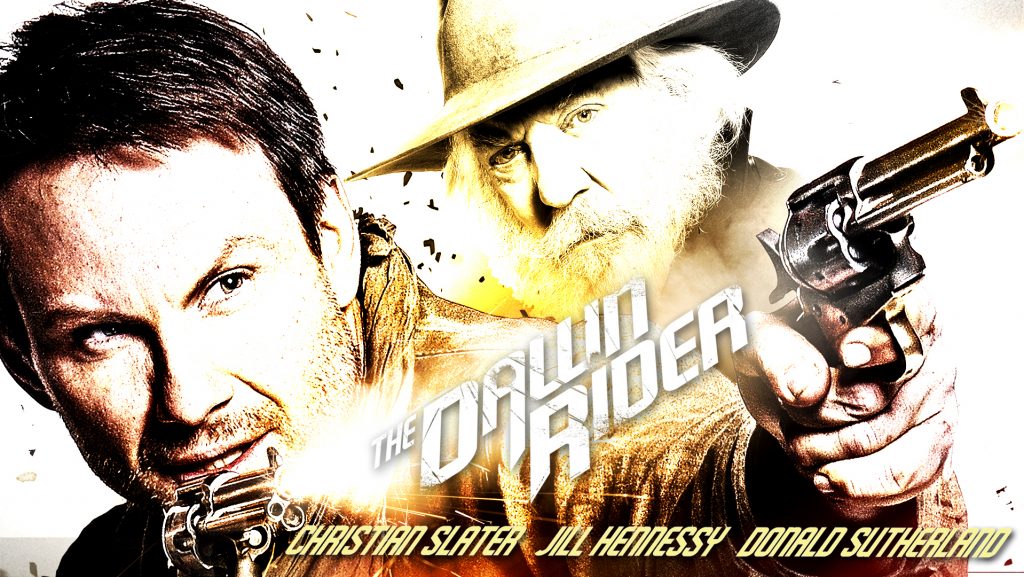 Synopsis: A gripping story of vengeance and passion set in the American West. When the father of gunslinger John Mason (Slater) is shot to death by masked bandits, Mason sets out with guns blazing to track down those who killed him. During his quest, he finds himself involved in a grim love triangle when he falls for Alice, the determined and beautiful woman also adored by John’s best friend. Based on the timeless John Wayne adventure, Dawn Rider is a riveting saga of retribution, duty and valor in the American West.