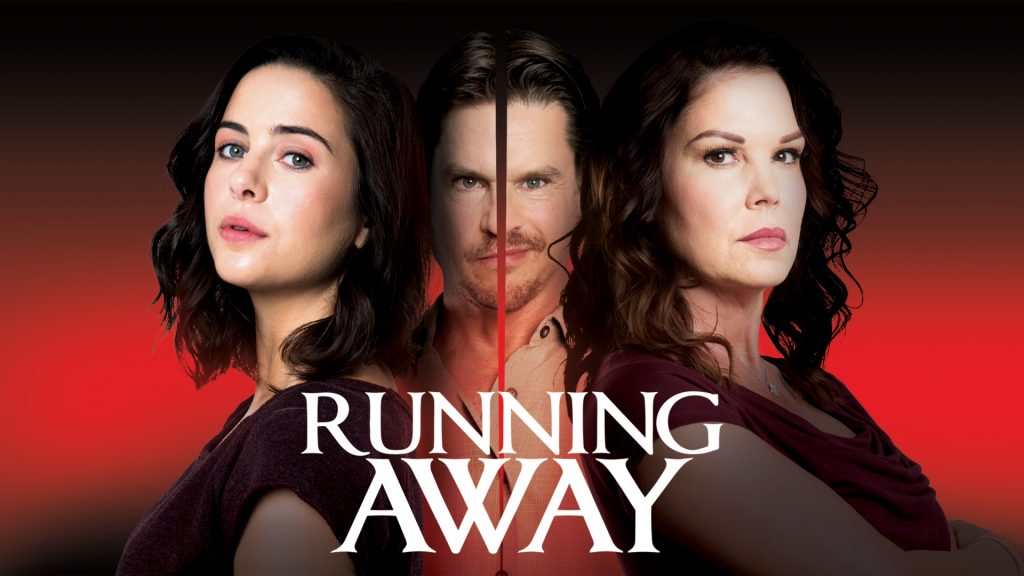 Synopsis:  The plan is in place. Before her mom realize she’s not coming back from her bogus weekend camping trip, Maggie will be in another state, in a new life. When Peg discovers that her daughter has run away, she knows she has to find Maggie fast or they may never see each other again. Maggie’s skipping town becomes more than simply running away from home when she witnesses a crime simply by being in the wrong place at the wrong time. Peg’s journey has difficulties of its own as she comes to terms with the dark secrets that led to Maggie’s fleeing.As Peg closes in on Maggie, the strength of their bond becomes evident. Before they reunite,they realize that that they’ve been running away for years, running away from the mother-daughter relationship that they are able to salvage before it’s too late. Based on the novel by award-winning novelist Sheri McGuinn.